5 Styles of the Samba

5 Styles of the Samba 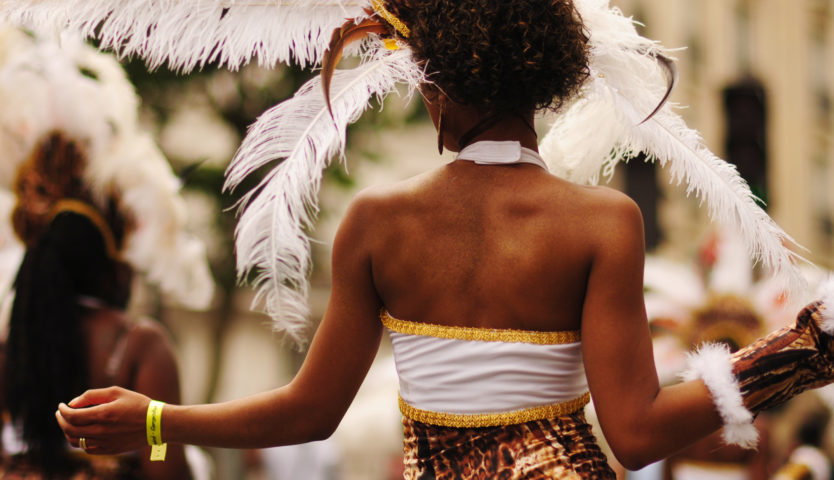 The Samba has a rich history with roots going back to the 19th century when African people introduced the dance to Brazil. It is a quick dance paired with lively beats and has become a cultural identity for many Brazilians. Samba started as a solo dance, but has evolved and found its way through nightclubs and ballrooms alike. Read on as we highlight a few of the different samba styles you may see on the dance floor.

This style of samba became popular in the 1940s. Often seen in clubs and discos, it is a partner dance that is incredibly difficult to master. Samba de gafieira is often referred to as the ‘brazilian tango’ because many of the movements are inspired by argentine tango. It includes athletic movements and is based on a short-short-long rhythm.

Samba no pe is a solo samba based on a basic 2/4 rhythm. It is considered the most popular form of samba today. The tempo of the music ranges, but there are always three steps included in each measure of music. The body remains straight throughout the dance, and the steps are done with one leg at a time.

Ballroom samba is part of international style ballroom dancing. It is a partner dance that travels around the dance floor. While most ballroom styles of dance differ from their origins, that disconnect is most noticeable in the samba. Ballroom samba is a combination of influences of traditional samba, as well as maxixe (a tango-styled dance) and has developed its own unique style over the years.

Pagode samba is a slower, more intimate style of samba that originated in the city of Sao Paulo. While it’s similar to samba de gafieira, it incorporates slower, less athletic moves. Pagode music originated in the early 1980s. It introduced new instruments to samba music, and started to incorporate more irony and slang into the lyrics.

This style of samba originated in Bahia and is considered the second most popular samba style. Samba reggae is straighter, slower and less swung than the other styles. The music is generally a medium tempo and is filled with rhythmic drum beats.

Fun fact: dancers who are good at dancing the samba are referred to as ‘sambistas’. Ready to become one? Elite Dance Studio offers ballroom classes for all ages and levels of experience. Register today!